Welcome to our second developer diary! We have been receiving lots of request for the console ports and are delighted to know that you all want to see Conarium on Xbox One and PS4.

We prepared this dev diary to share some information regarding the state of Conarium’s console development, what we’ve been doing after the PC release and most importantly: when there’ll be light.

As a side note, It is amusing to see that we’ve written just one developer diary entry even though we originally planned to write every now and then. We couldn’t help it though, because of the development process’ heavy workload. So, at last, here we are with the second one!

As you may probably know, we chose to develop Conarium with Unreal Engine 4 because of its robust rendering capabilities and ease of use. In the past, it was extremely hard for a small team to develop a game for multiple platforms. Luckily, from a technical perspective, the game development process has changed. It’s become less troublesome and more fruitful for the developers, thanks to the ever-improving choice of tools and game engines in today’s market.

For a small team like us, it is important to focus on our respective tasks without any hindrances. Fortunately, UE4 provided us this peace of mind. I can say that we the progress has been smooth progress.

Regarding the console version of Conarium, we’d been most worried about performance. The game uses a fully dynamic lighting setup, and we weren’t sure if we could get a smooth gameplay out of Xbox One or PS4. However, with some optimizations, we managed to run the game on both of them without doing extra time-consuming work like switching to static lighting.

Following the emerge of new HDR-enabled consoles, we decided to fully support the new
technologies they are bringing along with them: Enhanced for PlayStation 4 Pro and Xbox One X, with HDR support. Adding support for these new technologies did cost us quite some time due to our limited testing environment and the engine’s console versions’ adaptation process.

We persevered however! We are proud to announce that Conarium will run smoothly with maximum engine scalability settings through an HD resolution display on both Xbox One X and PS4 Pro platforms. This will be referred in the game’s Video options as “Graphics Mode: Performance”.

Additionally, Conarium will also present another graphics mode option called “4K Mode” to the gamers, if their console is connected to a 4K supporting display. In 4K mode, the game will run at a smooth 30 fps with minimum upscaling applied. We are currently running several performance tests both on Xbox One X and PS4 Pro to decide how much upscaling will be required without sacrificing visual quality. Here are some example screenshots: 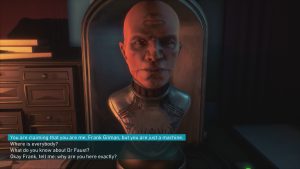 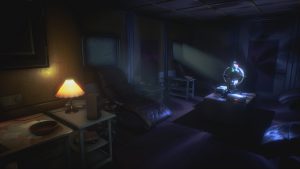 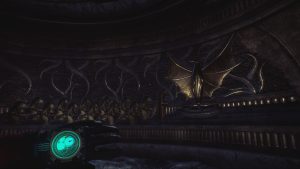 That’s it for this dev diary. Hopefully, this gave you a little insight into our development process. Until next time, thank you all so much for supporting us and take care!